Tour the Morinville Art Club's display of local artisans works located inside the Museum.  The artwork on display is available for purchase.

The Gift Shop has the following items for sale:

The collection is stored in an environmentally controlled storage room to ensure the items are protected and available to future generations.

About the Musée Morinville Museum

The Musée Morinville Museum is located in the heart of Morinville, Alberta.  The Museum covers over 5,200 square feet of the basement of the newly (2009) renovated Notre Dame Convent (built 1909), with apartments upstairs.

The Museum faces St. Jean Baptiste Park where a Statue of the Sacred Heart stands, surrounded by an explosion of flowers during the summer months.

Next door is the historic and beautiful
St. Jean Baptiste Catholic Church (built in 1907) and the clock tower, established 2005. 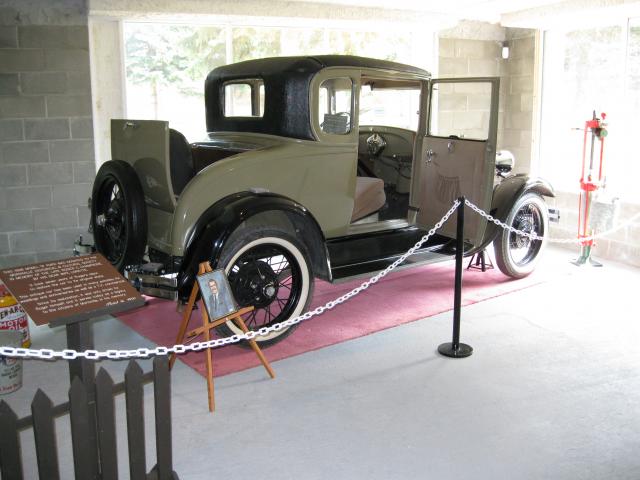 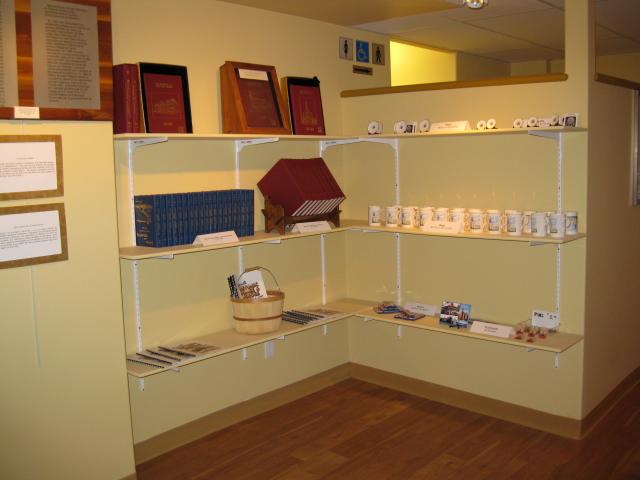 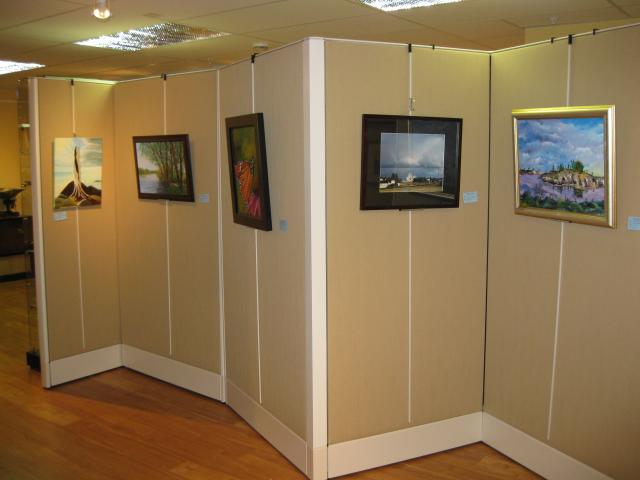 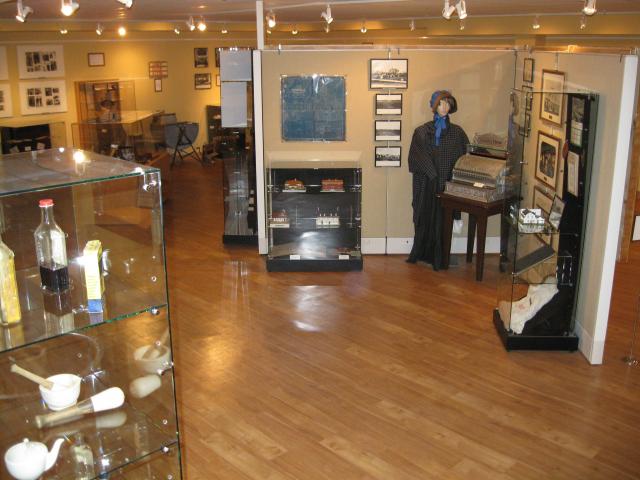 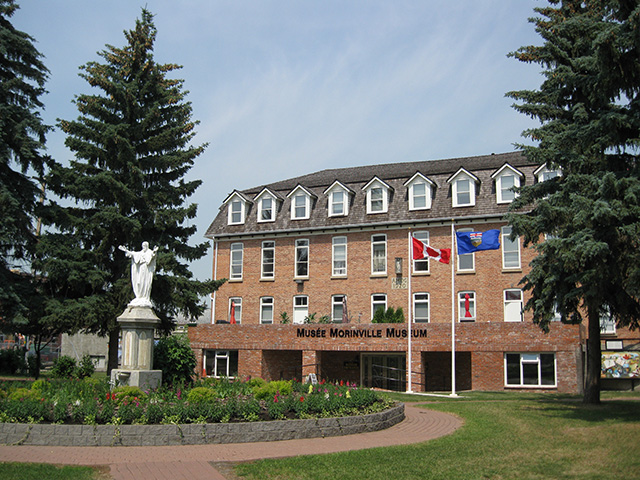 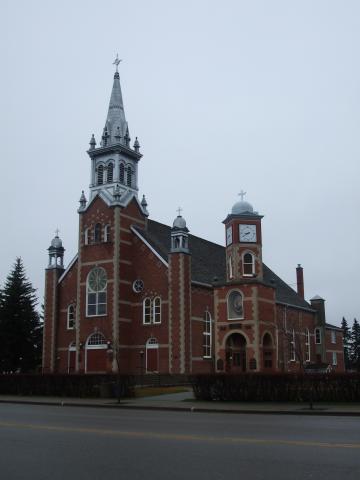 Once inside the exquisite stained glass french doors of the Museum, there is an "East" and "West" wing which has the following displays:

The present exhibit is called "Morinville as a Reflection of the Canadian Spirit."  Morinville, with its strong francophone roots and multicultural development is a micrososm of Canada itself:

Storyline 1:  Is a presentation of the foundation of the community and its bilingual origins with a strong German component.  Also showcases the legacy of Father Morin and his contribution to the Morinville area.

Storyline 2:  Presents  some of the early leaders in the community, the fruits of their labour and their ingenuity.  The leaders presented are the Filles de Jesus, the pioneers and soldiers of World War I
and II.

Storyline 3:  Presents pioneer life and also the call to the west that brought many people to Morinville.

Many pioneer women found themselves working very hard outside the home.  The work day for many began before dawn, and many times ended after dusk.  These same women were still expected to be the primary keepers of the home and family.  They kept the home clean, prepared meals, laundry, and for those who had children, attended to them as well.  View the series of displays illustrating the tasks that many pioneer women performed in addition to working hard to establish their home and community. 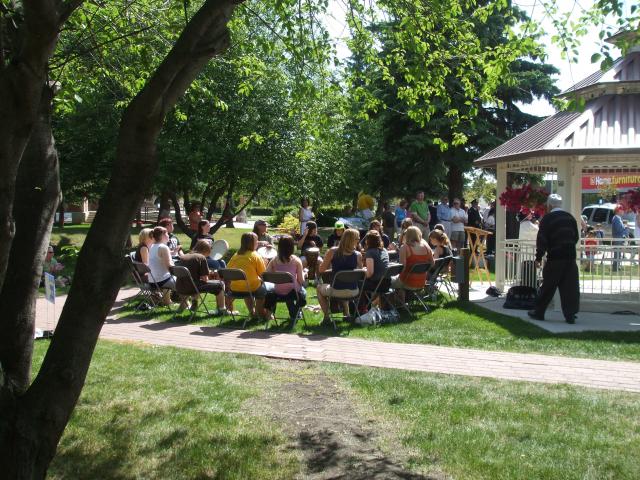